Suggesting ASX 200 companies’ boards be at least 30 per cent women in four years should spur all Australian boards to follow suit. 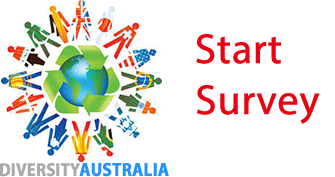 The case for increasing the representation of women on Australian boards is overwhelming. It is not only the right thing to do but the smart thing to do, in terms of improving business performance.

And now the director community is setting itself a new and ambitious standard to help achieve that goal.

This week the Australian Institute of Company Directors has announced a major step forward in efforts to increase the number of women on boards by setting a target of 30 per cent for female directors. For ASX 200 companies, the goal of having at least 30 per cent women is to be reached within the next four years.

We are among the first major Australian organisations representing business to set such a target and the landmark policy is part of our long-running campaign to improve gender diversity in local boardrooms.

Our aim is to encourage all Australian boards – not just those at our biggest listed companies – to make the decisions that will help their companies more quickly reach the “critical mass” of female representation where the optimal business benefits of gender diversity begin to flow.

There is an undeniable business case for board diversity. Research over many years demonstrates a positive link between the level of female representation on boards and improved corporate performance.

A 2012 report by Credit Suisse, for example, demonstrates a positive link between the number of women on boards and in senior management and improved financial and sharemarket performance. Catalyst research showed that US Fortune 500 companies with more women on their boards tend to be more profitable. And, McKinsey research has shown that companies with a higher proportion of women at board level typically exhibit greater organisational efficiency, above average operating margins and higher valuations.

Research also suggests that the presence of three women, or 30 per cent of a typical 10-member board, is the proportion of representation where “critical mass” is reached in a group setting.

It is at this level where the voices of the minority group become heard rather than being simply represented and where, therefore, this increased capacity for diversity to deliver value begins to be optimised.

Our 30 per cent target will apply to all company structures, as the AICD has a broad membership of more than 35,000 that extends well beyond the top listed companies to small ASX entities, private business and not-for-profit organisations.

The new objective is a significant extension of the AICD’s previous initiatives to increase diversity, which have made a significant contribution to a steady increase in female directors on ASX 200 boards in recent years, from 8.3 per cent in 2009 to 20 per cent today. For ASX 20 companies the figure has reached 23.3 per cent.

The percentage of females among new director appointments to ASX 200 boards has meanwhile increased from just 5 per cent in 2009 to an average 30 per cent in 2014.

We believe, however, that more needs to be done to further increase that number, at a faster pace, and we are confident our new policy will help accelerate the gains already made.

We also believe that the director community setting its own 30 per cent target is a better approach than a mandated quota imposed by government. We have always said that companies should set their own measurable targets for gender diversity and to facilitate their efforts we are now nominating a minimum standard that we consider appropriate.

The AICD will urge all boards to adopt the new target and regularly report on their progress towards it so that the results of this initiative can be transparent and monitored by all stakeholders.

The AICD has long been the leader in the drive for greater board diversity in Australia. We will continue to pursue the practical programs we have had in place since we first launched our Board Diversity Initiative in 2009, including mentoring and scholarship programs which have helped many women gain directorships and played an important role in the progress already made in increasing the female presence in Australian boardrooms.

We will also continue our leadership role in the development of ASX reporting guidelines on diversity and in publishing the only up-to-date monthly statistics on the number of women on ASX 200 boards.

But we are now taking this leadership role to the next level. In setting this new numerical target, and an ambitious time frame for ASX 200 companies to achieve it, the director community is aiming for a higher standard that will more effectively achieve the important goal of greater diversity on our boards.

John Brogden is the managing director and chief executive of the Australian Institute of Company Directors.